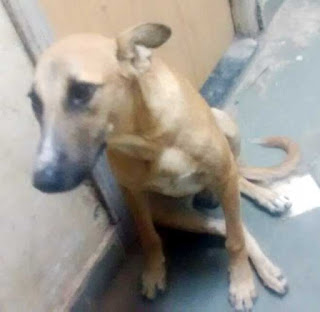 On 30th May 2015, early morning around 1 :00 am, Salim Charania (President of Pawa India) received a call from Ms. Devyani Roy & her friend Mr. Pant staying near Bhavans College that one person named Umer Khan had kicked the stray dog and when Roy & Salil stopped him from hitting dog, he verbally abused them with life threatening warning.

Salim reached the spot in 45 minutes covering 30 km, and investigated the case late midnight, Devyani, Pant & her supporting friend Ms. Rashmi were upset because of Umer Khan's brutal act of kicking dog & insulting them by giving bad words and threatening them.
Umer Khan used words like "We are Muslim, and if dog touches us, we become impure, so that's why I kicked the dog twice"; when Pant & Roy argued with him on this issue, he became more arrogant and abused them and said "I stay in the same building on 8th floor, call animal welfare people or police, I am not afraid, Joh Ukhandna Hai, Ukhad Loh.

You are a girl, stay in your limit, stay at home
BEING A GIRL HOW CAN YOU BEHAVE LIKE THIS, STAY AT HOME (HIS SON/BROTHER)
I will kill you and put you under the ground, I WILL BURY YOU ALIVE
I will not let you stay in this society."

Salim called up the Police on control room and took the cops to Umer Khan's house at 3 am, Umer Khan was not present at home, Salim & cops spoke to his family about Umer but the family was giving excuses and were protecting him, Salim & Cops left the place and asked the family to present Umer to D N Nagar police Station at the earliest.

Salim and the complainer reached D.N. Nagar Police station and the duty officer named Police Sub Inspector Anuradha Patil took charge of our case. Salim explained to the duty officer about the Animal Cruelty Act and with great cooperation from her, the FIR was filed on Umer Khan under the following Acts:

IPC 509. Word, gesture or act intended to insult the modesty of a woman.—Whoever, intending to insult the modesty of any woman, utters any word, makes any sound or gesture, or exhibits any object, intending that such word or sound shall be heard, or that such gesture or object shall be seen, by such woman, or intrudes upon the privacy of such woman, shall be punished with simple imprisonment for a term which may extend to one year, or with fine, or with both.

Maharashtra Police Act (BPA) Section 119
Punishment for cruelty to animals: Whoever in any place cruelty beats, goads, overworks, ill-treats or tortures, or causes procures to be cruelty beaten, goaded, over-worked, ill-treated or tortured any animal, shall, on conviction, be punished with imprisonment which may extend to one month or with fine which may extend to two thousand five hundred rupees, or with both.

We are thankful & grateful to the lady Police Sub Inspector Anuradha Patil for great support & friendly behaviour; the accused Umer Khan will be arrested soon and that will be followed by filing of the charge-sheet. 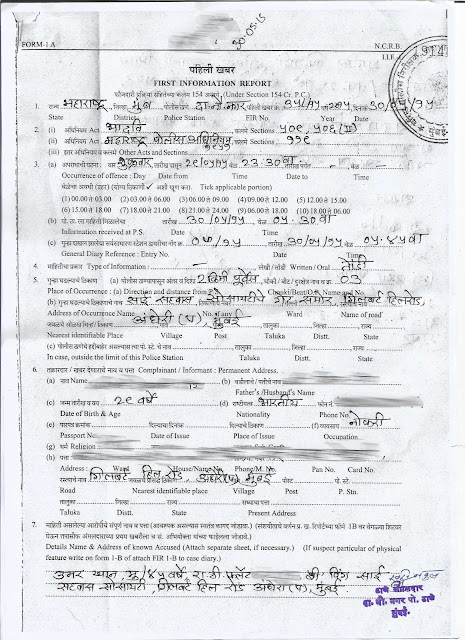