Never Ever underestimate the power of a Common Man or NGO : Two Accused Arrested with custody : Jogeshwari Police Station

On 23/02/2017, late night, an animal lover named Namrata Shenoy resident of Jogeshwari gave a call to Salim Charania (President of Pawa India), she complaint to Salim that one accused named Mahesh Lanjekar often do cruelty on animals like throwing hot water on animals and hitting animals with bamboo, she witnessed the incident that Mahesh hit the stray dog on the nose very hard, the nose was bleeding, by seeing this Namrata could not tolerate and decided to teach him a lesson of law. She asked Salim to Speak to him and handle the case.

Salim called Mahesh on the phone and tried explaining him, but he handed over the phone to his wife, where his wife was least interested in hearing Salim’s call, and started arguing, Salim made a call to the accused to make them understand of law, but they underestimated him and kept the phone aside without disconnecting and they started their nuisance with Namrata family by trespassing their house, abusing family verbally and physically.

Salim silently recorded the call, where it can be heard that Mahesh is assaulting and abusing, the call record conversation was sent to Namrata and he asked her to visit police station with the recording and also guided her with relevant IPC Section.  At the police station, the duty officer tried convincing both the parties and settled the issue with warning, but it was not stopped, the next day the accused with another accused named Vasant Raut passed vulgar comment on her, She again gave call to Salim and explained the incident, Salim went to Jogeshwari Police Station late night and met Senior Inspector and explained the incident and requested him to register the FIR as per the incident, The police officials were too cooperative and supportive, He called up Salim with Namrata next day and the FIR was Registered against both accused

Both the accused were arrested and sent to custody after investigation with audio recording submitted to police station and the witness statement.

Pawa India respect Namrata and her whole family for taking brave stand, Pawa India wants to convey the message to all the housing societies and the residents of chawl, and Bungalows that animals are innocent, never hurt them, they have got the same feeling like us and when an any animal activist tried to convey the law and awareness, don’t ignore them, listen to them carefully and implement it as per law. Getting offended and underestimating someone is a very poor judgement.

If the accused family would have understood the Salim’s call and peacefully heard him an implemented the law, then the case would not have registered which resulted in arrest and further court proceedings. 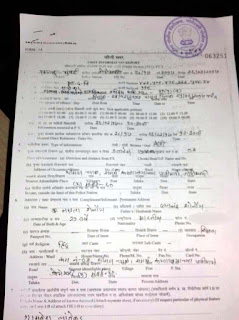