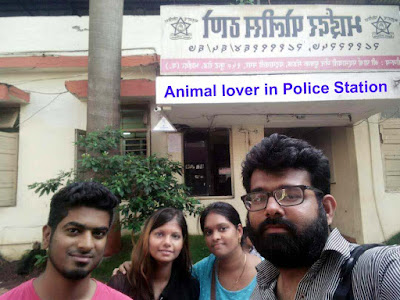 One brutal incident that occurred on 23/05/2017 in OM JAI AMBEH Apartment in  Bhayander west, Donita Rozario an animal lover in the same society heard a loud cry of dog, and she came out of the building to check on dog, she witnessed the incident that the accused named Shivaji Bamane (Auto Driver) had closed the main gate of the society and was hitting the stray dog with bricks fracturing and injuring the stray dog and leaving it in to immense pain.

Donita tried to stop him, but he was not listening to her and was repeatedly throwing bricks on dogs, when she asked him the reason, he gave the reason that the stray dog was occupying his auto.

Donita then called up Salim and asked his help, salim asked her to hand over the phone to accused, but the accused denied talking to salim, finally he guided her to approach to the police station.

The Police Station incident: when Donita with Chandrant and other animal lover reached police station latenight at 2, The lady duty police officer misguided them and told them that they should complaint to Mahanagar Pallika and then the Mahanagar Pallika will issue letter to the police station and then they will file the case. It was just like finding an excuse to avoid an FIR. Animal Lover left police station, upsetting them, leaving them hopeless.
Donita Posted the post of animal cruelty on Face Book, where several people tagged Salim,
here is the link
https://www.facebook.com/donita.rozario/posts/1370503153041780?comment_id=1370779106347518&notif_t=comment_mention&notif_id=1495596360442982

Salim guided Chandrakant to obtain necessary medical evidence and then Salim reached Bhayander west Police Station on 24/05/2017  to help the local animal lover to file an FIR, Salim was quietly sitting in the policestation and was listening and observing to the officers about their way of avoiding the case, finally he just took 2 minutes to make police officer understand the case and the law, The Fir was immediately registered under IPC 429, Maharashtra Police Act 119 and PCA Act Section 11 and the panchnama was carried out at the spot and the accused was identified by police in the society.

The Investigation officer is on duty and he completed taking necessary evidence and the process of statement is still in progress, as soon as the statement is collected, the accused will be arrested. 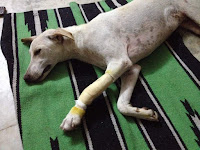 The Animal Activist Chandrakant Dhoke, Suzana, Donita Rozario, Amin Surani got the help because they were strong enough to take a stand, Salim was just behind them to give them backup, but the main role and heroism act goes to the activist above.

We request people to help the animal activist  directly by contacting them and donating them the medical expenses in the form of cash or cheque, the dog is under the care of Donita Rozario (9930814911) & Chandrakant Dhoke (7738301469)

The donation is required not only to the big names of NGO, but also it requires to local animal lover, where they are putting funds from their salary or their savings, I want the donors to focus their donation to the most needy one and should reach to the right people or person, may be the donors are not benefited with 80g Receipt, but your help will reach to its's goal for what it is meant for. 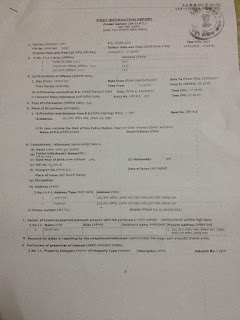