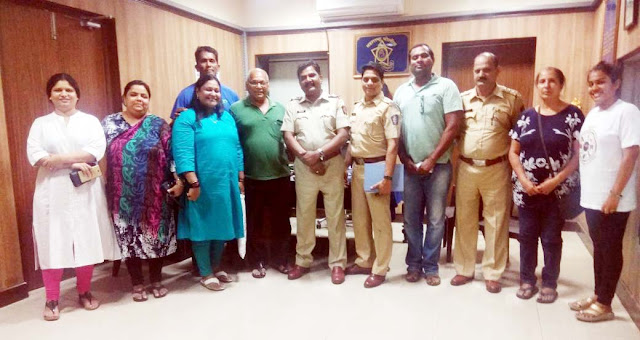 Section 509 in The Indian Penal Code

509. Word, gesture or act intended to insult the modesty of a woman.—Whoever, intending to insult the modesty of any woman, utters any word, makes any sound or gesture, or exhibits any object, intending that such word or sound shall be heard, or that such gesture or object shall be seen, by such woman, or intrudes upon the privacy of such woman, shall be punished with simple imprisonment for a term which may extend to one year, or with fine, or with both.

Section 504 in The Indian Penal Code

504. Intentional insult with intent to provoke breach of the peace.—Whoever intentionally insults, and thereby gives provocation to any person, intending or knowing it to be likely that such provocation will cause him to break the public peace, or to commit any other offence, shall be punished with imprisonment of either description for a term which may extend to two years, or with fine, or with both.

Mrs. Olivia Gomes animal feeder and resident of Agripada (Mumbai) area was continuously harassed by Anthony Dsouza (BMC Government Staff), he used to object her whenever she comes out for feeding local stray dogs and cats , his son is too involved in animal cruelty who is underage, he motivates and encourage his son to perform animal cruelty. Anthony is also repeated involved in provoking society people to perform animal cruelty and pass illegal law in the society against animal and it's feeder.

On 5th January 2018, Mrs. Olivia Gomes with her husband were engage in their routine work of feeding animals late night, The accused Anthony approached Mrs. Olive and passed some vulgar comments to her and started video recording her and her activity, Mr. and Mrs. Gomes objected him for abusing and asked him not to interfere in their feeding work.

Next day Mrs. Gomes called up Salim Charania (Private Detective) and informed him about the incident that happens almost every day in the society. Salim advised the family to approach police station and register FIR. As per instruction She approached police station and registered her complaint to Police Officer on duty. The police officer registered NC and assured her that he will call the accused and will asked him to stop the nuisance.

But Anthony Dsouza did not stop his torture to the family, after incident he used to stare the family and spit on road while staring them. This is how the BMC government person follow "Swatch Bharat Abhiyaan" and insults a lady for doing good work. Continuously harassed by him, Mrs. Gomes and other activist in Agripada Area requested Salim Charania to attend this case personally and bring a full stop to the torture permanently.

On 16/01/2018, Salim & Bimlesh called all the feeders in Agripada CCD and conducted a meeting and heard the problem from the animal lover. It was must to take action on Anthony Dsouza, Salim with others met Senior Police Inspector Savlaram G. Agawane, The officer heard the complainant and Salim and was very cooperative, he immediately directed his Junior Officer to resister FIR and take action asap against the accused.

If Such Officers are there in every corner of India, India and it's city will become crime free. Police Officers like Mr. Savlaram G. Agawane deserves a great respect for immediately attending our complaint. We will send appreciation letter of his fast response action to higher minsters for his quick action towards the complaints.

The complaint will be also filed to Municipal Commissioner and other legal department against the Accused Anthony Dsouza with Fir copy and will asked them to take department action against the accused, since he is a government employee in BMC 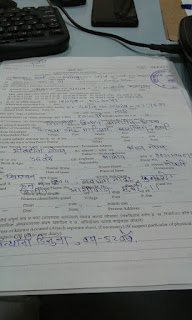